Tactica’s partnership with UTEP has since been a smashing success! Our agency helped the company promote their technical courses and certifications through social media channels, targeting primarily students

Tactica’s partnership with UTEP has since been a smashing success! Our agency helped the company promote their technical courses and certifications through social media channels, targeting primarily students. The MyCAA military program was also an important target for this goal-oriented client. In just a few weeks of work together, we were able to create an advertising strategy that met our KPIs – sales increased while ROAS stayed well above 10x as expected!

The client’s main source of revenue from digital marketing used to be Facebook Ads, and the return was significantly low compared to the ad spend. Our first challenge was to ensure that we get more from every $ spent on Facebook ads.

Our team of writers and designers worked together with the client in order to create compelling, multimedia-rich content. They focused on making each UTEPdience laser targeted so that they would resonate more deeply with their intended audience. The process included testing out different creatives for every program before deciding which ones were most effective at conversion rates; this was done by including visuals such as videos or gifs along with enticing captions.

After our work, we found that UTEP saw a 45% increase in conversions from session one to two based off of these changes!

UTEP spent thousands of dollars running campaigns with the Messages objective. They were seeing a below-average return from these, but when we started to diversify their campaign strategy and bring the website at the forefront of their sales activity, the KPIs we set out at the beginning of our relationship started looking conservative.

After solidifying our Facebook campaigns, we looked into other avenues. We were able to engage UTEP’s audience on Instagram and Snapchat by advertising their programs and events with short but effective videos that would get the user excited for what was coming up next! Not only did these efforts produce a positive response from the public through increased engagement rates, they also doubled every dollar spent in return rate of all social media platforms combined. 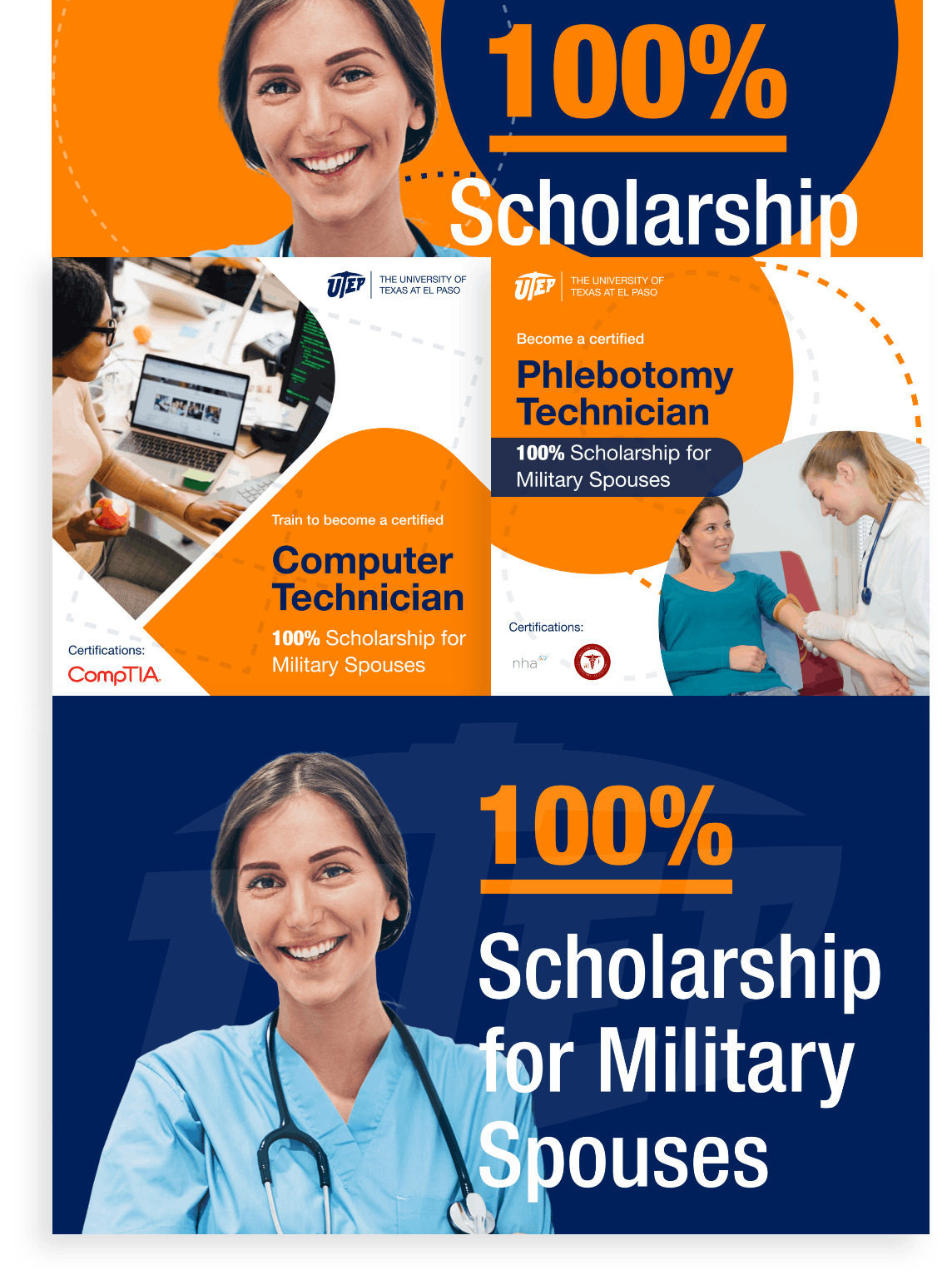 Why choose Tactica as your digital marketing partner